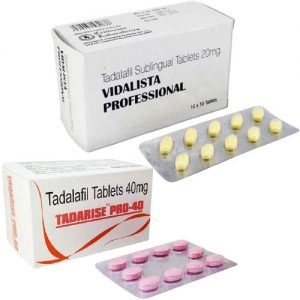 Cialis is a brand name of the drug manufactured by the company Eli Lilly. Its main active substance is Tadalafil that was developed by Eli Lilly. This substance has a favorable effect on male sexual vigor.

Cialis (Tadalafil) is the third PDE-5 inhibitor. The first was Viagra (Sildenafil) and the second was Levitra (Vardenafil).

Cialis is used to treat erectile dysfunction. The drug itself does not induce erection without sexual stimulation. The mechanism of action is that the drug increases the blood flow in the penis and the erection is strong and long.

Cialis was approved by the U.S Food and Drug Administration (FDA) responsible for control and supervision of foods, dietary supplements, prescription and over-the-counter pharmaceutical drugs in 2003.

It is used not only for erectile dysfunction but also for benign prostatic hypertrophy.

Cialis is not the only Tadalafil based drug. Another one is Adcirca for pulmonary arterial hypertension. This disease is also linked to vascular disorders when the arteries are too narrow and the lungs do not receive enough blood.

What you should know before taking Cialis

Male erection is a complex process involving many organs and systems. The brain, blood vessels, nerve cells, hormones are all responsible for the erection. Erectile dysfunction is a sign that some of these systems fail to function properly and there may be some disease.

Problems with erection may suggest diabetes or heart diseases.

Erectile dysfunction is a common symptom of stress and anxiety. We can not also exclude such diseases as multiple sclerosis, Parkinson’s disease and other nervous system disorders.

Erection problems may get worse over time as a result of taking certain medications.

So the first thing to do when you notice erection problems is to visit a doctor and find out the cause.

Cialis interaction with other drugs. Contraindications

Before taking Cialis, consult your doctor and notify him or her about other drugs you are taking and about your current conditions.

Tell your doctor about the following symptoms and conditions to make sure this medicine is safe for you.

Do not take Cialis if you are already taking nitrate drugs and recreational drugs “poppers” as it can cause a sudden and serious drop in blood pressure. Poppers can cause unwanted effects when taking with Cialis.

Do not take Cialis with similar medications such as Viagra, Levitra, Stendra and Adcirca (Tadalafil).

If you are taking other medications for erectile dysfunction, consult your doctor before taking Cialis.

Grapefruit or grapefruit juice may interact with Tadalafil and lead to unwanted side effects.

People aged over 65 years old should take Cialis with caution as the body may have a different reaction than in younger men.

Elderly people, diabetics and patients with heart, liver or kidney disease are at a higher risk to develop side effects.

Side effects that require an immediate call to a doctor

The following adverse effects occur very rarely but some people may have them. The following symptoms and conditions require medical help.

Cialis dosage and use

Cialis is a prescription drug, strictly follow your doctor recommendations and do not increase or decrease the dose. Do not take Tadalafil longer than it was prescribed. Do not break or split a Cialis tablet. Swallow it whole.

The recommended dose of Cialis for most of the patients to take as needed is 10 mg. The dose may be increased to 20 mg or reduced to 5 mg depending on individual efficacy and tolerability.

The dose for a regular daily use is 2.5 mg – 5 mg based on individual tolerability, efficacy and health.

Take Cialis at least half an hour before sexual activity. This drug has shown to improve erectile dysfunction up to 36 hours following dosing.

Take Cialis only once a day whether you take it as needed or as a course treatment.

It is recommended to take Cialis in approximately the same time.

Cialis can be taken with or without food.

A reduced dose of Cialis is recommended to the patients with mild to moderate liver or kidney disease. In severe cases, avoid using Cialis.

Remember that Cialis induces erection only in the presence of sexual stimulation. The medication itself does not induce erection.

The recommended dose of Cialis for benign prostatic hypertrophy is 5 mg daily.

What are generics? Cialis generics.

Generic drugs are copies of brand-name drugs that have exactly the same active substance.

When a company is developing a new medication, its active substance is thoroughly tested and studied. Of course, it costs millions of dollars. Only when the drug is proved to be safe, it is introduced to the market. The drug developer obtains a patent that gives it exclusive rights to manufacture and sell the medication. In this way, the company may return its investments in the research and development activities. The medication manufactured by the drug developer is the original drug.

When the term of the patent expires, other companies are entitled to manufacture drugs with this active substance. These drugs become generics.

It is important to know that legal generics are not counterfeit drugs as they are also tested and studied before entering the market.

However, third countries start manufacturing analogs even before the term of the patent expires. And these drugs are not tested for safety and efficacy.

India is especially active in manufacturing such drugs. They are popular because of their low price and availability. One does not need any prescription to buy these drugs.

Currently, only Ely Lilly has a right to manufacture Tadalafil based medications. The term of the patent for this drug expires in spring 2020. It means that today there are no official Cialis generics. Only after 2020, other companies will be entitled to manufacture and introduce to the market their drugs with Tadalafil.

Existing generics of Cialis are illegal and sold in online drugstores.

Cialis is available only with a doctor’s prescription. Even online drugstores require a copy of your prescription.

Indian generics of Cialis are available with no prescription in certain online drugstores.

There are several reasons why men are not willing to go to a doctor to get a prescription. The first is shyness. Not all men can confess that they have erection problems. They prefer to buy online without contacting the seller and revealing their personal data.

There is another reason. Healthy men buy generics to improve their sexual life and impress their partner.

Cialis is one of the most popular medications for erectile dysfunction. It is second only to Viagra in its popularity. Cialis side effects are not serious and rare but the effectiveness of the drug is very high. Its duration of action is up to 36 hours. It became a solution for men all around the world. Men go back to their normal sexual life regaining their self-confidence.